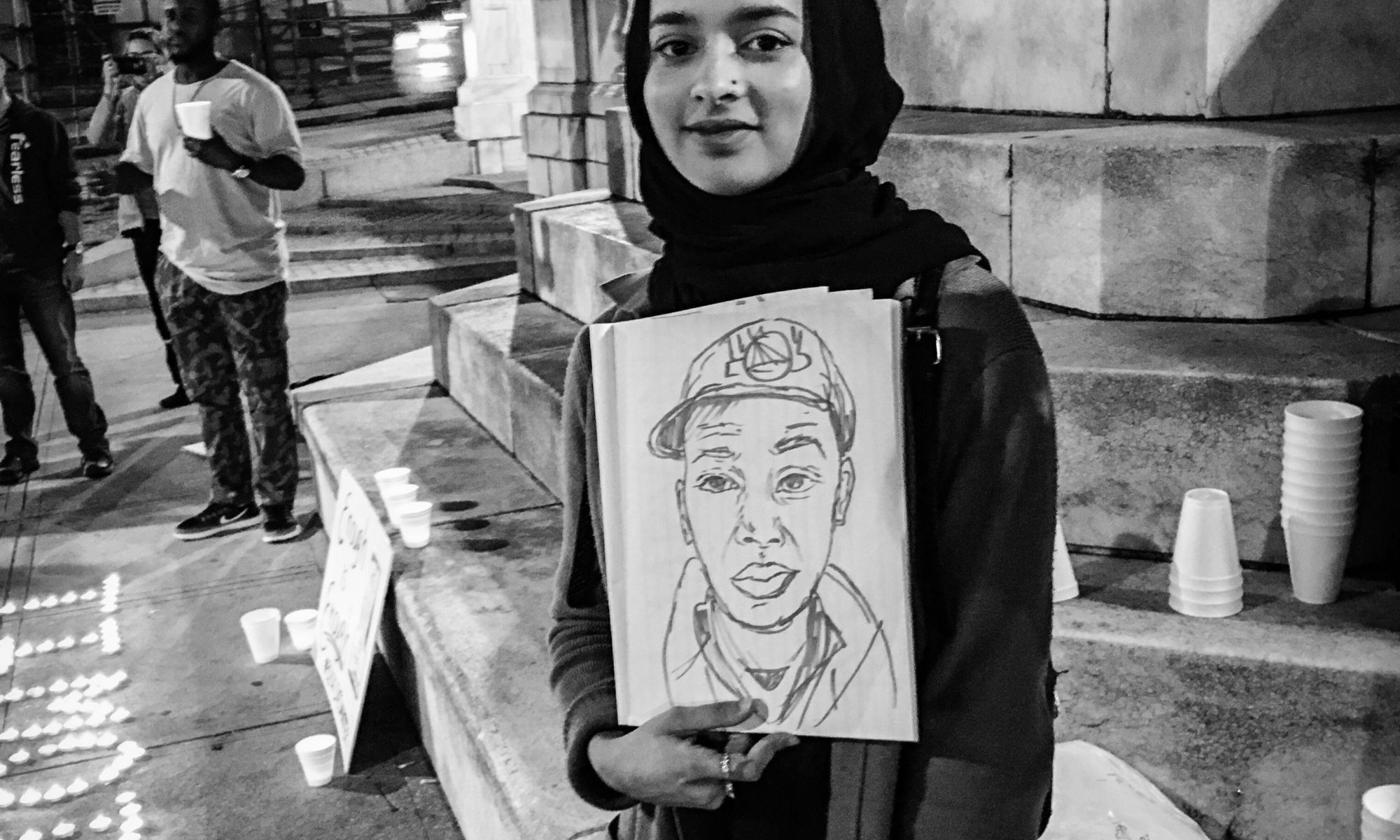 I went out to take pictures.

At that point, I stopped taking pictures and join her. Several people come up and argue with us, including the pastor.

Dana Moore, the only Black woman at the vigil, recorded this and then later gave me permission to post it.

Dana, who shot the video, would later write to me:

My family and I attended the first vigil; we were “the only black family” as described. I felt out of place. In my own hometown. And then I felt unsafe. In my own hometown. I was advised to leave, to take my granddaughter away from the vigil, a prayer vigil. Can you even imagine that? We left.

At that point, I left. I had had enough, and increasingly people were talking among themselves to convince themselves Hampden wasn’t racist. A second vigil organized by Tariq Touré was about to begin in Mount Vernon, so I rode my motorcycle down there. When I arrive, the mood is very different. Somber. Reflective.

Writing is new for me. If you want to support this and other creative ventures, you can send some encouragement here: