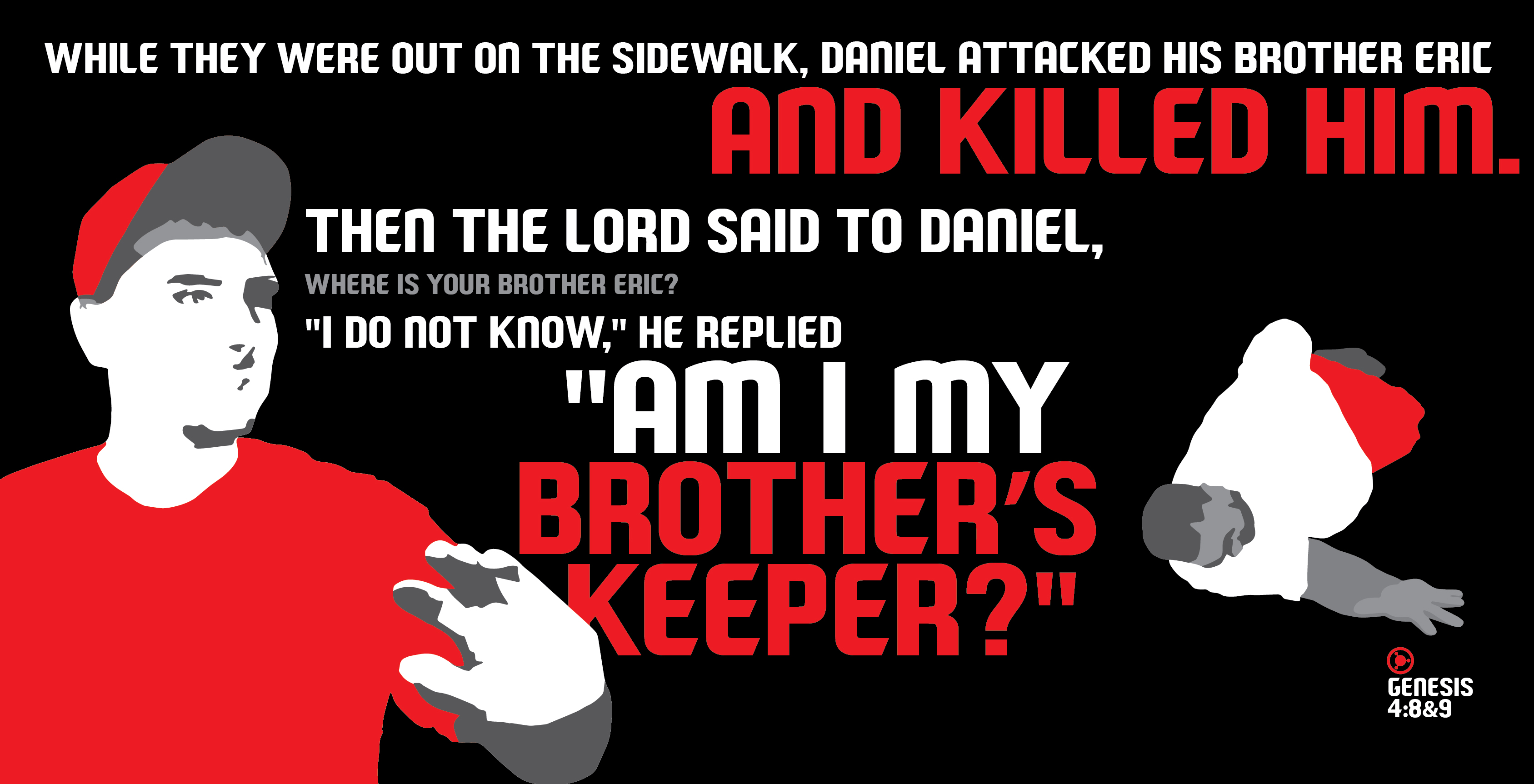 #AdventUs “While they were out on the sidewalk, Daniel attacked his brother Eric and killed him. Then the Lord said to Daniel, ‘Where is your brother Eric?’ ‘I do not know,’ he replied, ‘Am I my brother’s keeper?'” Genesis 4:8&9 reinterpreted 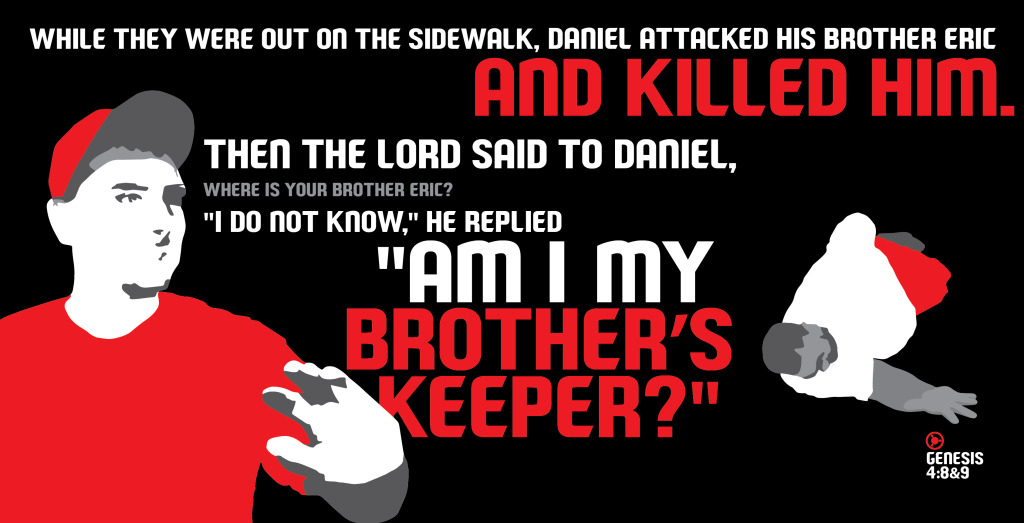 I posted this a few days ago. #SlateProject, which has been organizing #AdventUs, has me as their artist in residence for the month, and the above piece was my first piece of artwork for them.

I put it up on Facebook as soon as it was created, and like most of the things I’ve been posting lately, it received a wave of backlash.

The piece draws lines of parallel between the killing of Abel by Cain to the death Eric Garner, an African American man, at the hands of Daniel Pantaleo, a European American NYPD police officer.

The entire scene, as well as the aftermath of Eric Garner lying motionless on the ground while the police stand around was recorded on video, including Daniel jumping on Eric’s back and strangling him in a chokehold. Eric died as a result. So far, Daniel hasn’t been indicted for the death.

The artwork is a commentary about brotherhood. The text speaks about how even God Himself seems incredulous that not only has Cain killed Abel, but that he dismisses God’s questions with “Am I my brother’s keeper?”, implying he shouldn’t be responsible for him.

2 Replies to “Then the Lord said to Daniel; Where is your brother Eric?”