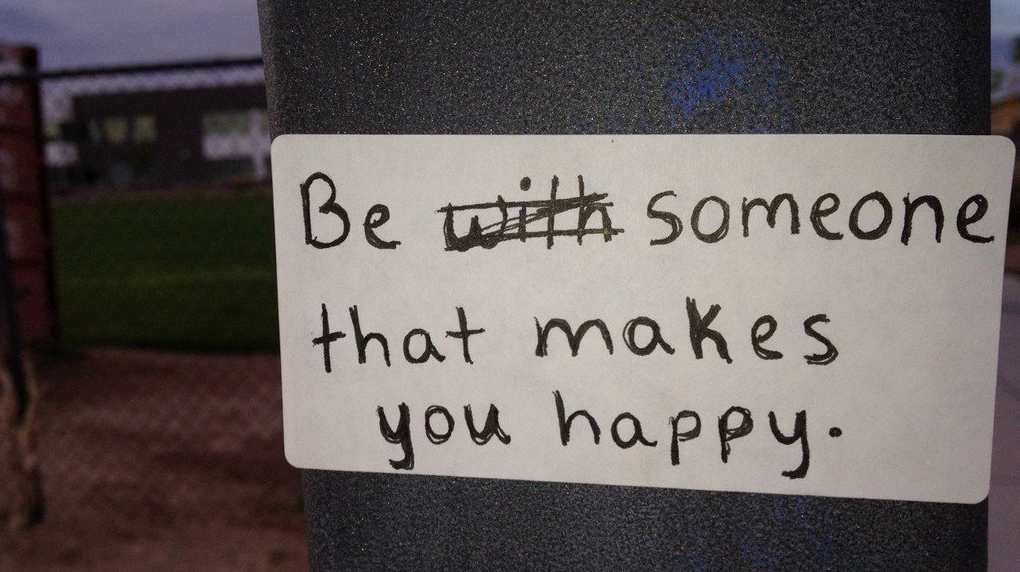 There’s a website called Curious Cat which allows people to ask you anonymous questions. I signed up for a profile a while back, and occasionally go on to answer what people have asked me.

Most of the questions are pretty simple, but sometimes they go really deep. My answer turned into a mini-essay, so I’ve distilled it here.

Are you in a rush to get back to a relationship?

I realized the other day that I’ve never in my life been purposefully single. I don’t know how to feel about that. It shook me up a lot a bit and like so much that’s been happening lately, really rattled me off track.

When I was in high school, I always wanted a girlfriend. I was daydreaming and fantasizing about just holding someone close.

When I look back and try to remember those times, it feels like a long, intense, ache.

When I moved to the states after graduation, something shook me loose. I took an extra year of high school to mitigate some of the culture shocks of moving from the village to the States.

I was popular for the first time ever, but not as a typically handsome jock teenager. I was rough, wild, aloof; I reinvented myself as a class clown and rapidly built a long list of meaningful but shallow friendships. But the girl I had a crush on was the one thing I wasn’t able to relax about.

I tensed up, was awkward, and instead of being wild and aloof, I was a brooding piano-playing poet. I couldn’t pull off the suaveness that later attracted her to someone else.

After my extra year of high school in the states, I left for college, losing ties with every last one of the list of friends. Freshman year was tough, but I eventually found a tribe of people who I felt at home with. I gave up on love, and on being able to satisfy the ache.

I fell into a relationship. One of the many girls I had a crush on kissed me out of the blue, and it turned into a 2-year relationship.

But I tried everything in my power to make sure that ache never came back. She didn’t see a future with me and one day cut off all connection with me.

I tried staying away from relationships for two years. My friends pulled and pushed me to leave my room. I had girls I had serious crushes on. But either they didn’t want to move forward, or I didn’t. The ache was cacophonous. It drove me mad. I was miserable and played it off while being wild.

I became best friends with a girl I had a crush on, but then let the crush go.

We did everything together.
She kissed me.
We were married for 12 years.

I did everything in my power to make sure that ache never came back. She wasn’t. I was too immature to separate what she was dealing with from my own issues. My own scars and my own aches made things worse.

For the first time in almost a decade and a half, I feel truly alone. So much of my purpose was wrapped up in the relationship, in making sure she was ok, in making sure we were good, in running toward the horizon and fighting for us.
And that’s gone.

Now I’m supposed to wield all that energy and intensity and pour it onto myself and help myself heal and grow. But most of the time it feels hollow. That ache feels like it is all I ever feel anymore, and sometimes it feels like it will swallow me whole.

Glimpses and possibilities of relationships peek through the haze, and though the crushes are rising up again, I’m petrified of them. I’m scared of messing it all up. I’m scared of the ache coming back even more. I’m scared that I’m too broken. I’m scared I haven’t healed properly.

So. Am I in a rush to get back into a relationship?

Yes. I want to feel that glow again. I want someone to give to. I want to be held.

No. I am tender and sore. I have an ache that would swallow you. I haven’t grown enough. I’m unstable. And I’m really afraid of being hurt.

There are even people close to me who want to help, who want to ease me along with the healing, and I’m afraid of overloading them and crushing them.

I’m even afraid of answering questions like this, afraid of what my own reflection will look like as I unearth it.

Some days I feel good. I feel loved, and feel secure, and feel like I’m actually growing and healing.

Then there are days like today, where I feel like I’m disintegrating in a heap of flames. I’ll probably feel better tomorrow. After I get some real rest. But right now I feel fragile.

Do you still believe in marriage?

Not in the way I did.

It’s a patriarchal mess of a tradition that was designed to put women into bondage. It only works if we check in on each other every year. Open a time capsule of memories. Reminisce. Make new promises. Make sure we keep them.

To be honest, even thinking about marriage wears me out. I don’t even know how to date. Like, all my relationships were friendships that turned into something else. I’ve never dated, I have to figure out how the hell it works. I don’t even know if I’m ready.

I have to trust that it will get better. That I won’t collapse in on myself. That the friends who are close to me are right, that I will eventually be ok. That I’ll get through this. That I’ll feel whole. That love will come.

For now, all I have is the ache.

What’s the benefit/virtue of purposefully being single?

I really honestly do not know. Better knowledge of the self? But I never felt like I didn’t know myself when I was in a relationship. But maybe that was blindness.

What’s next? By that I mean, what do you want the next part of your story (outside of a relationship) to look like and what steps to get to that?

I really have no idea. And it scares me. I don’t know what being a bachelor looks like. What going solo looks like I’ve got my own goals. Dreams. Things I want to do, ways I want to move. …I just always wanted someone to share it with me.

Do you still believe in love?

No matter what happens to me, I will never not believe in love. Either I’m especially foolish or just loveblind. That’s never going away.

2 Replies to “About Relationships”